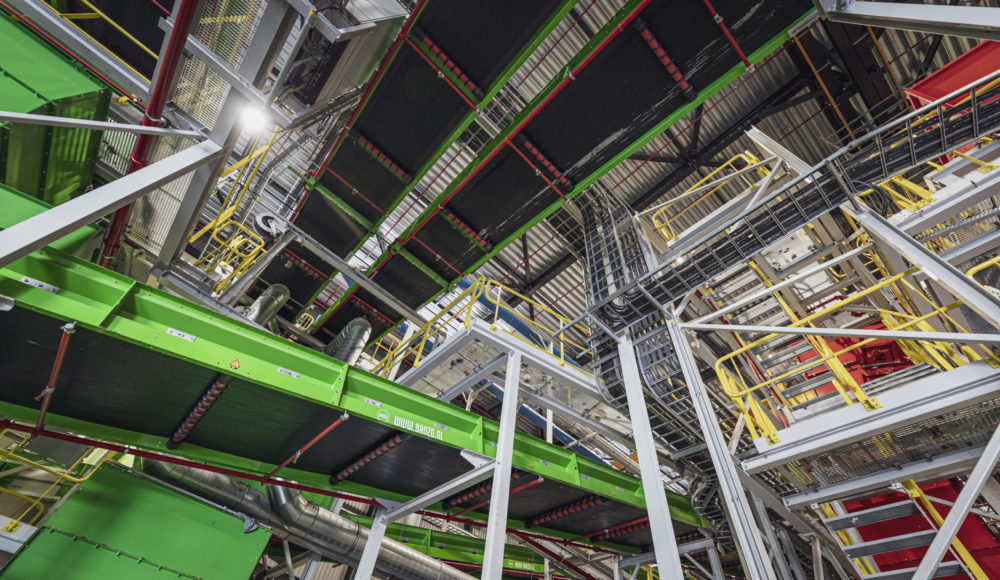 At the beginning of November AVR will start building a separation plant that separates plastics and drinks cartons from residual waste. This means that the waste and energy company can fulfil its ambition to make residual waste 100% valuable. It is expected that the plant will be ready by mid-2018; its first clients are the municipalities of Utrecht and The Hague. The plant can be realised through a partnership with the Packaging Waste Fund and will be built by Banzo Engineering.

Despite careful separation efforts by municipalities and their citizens, residual waste still contains too many plastics nowadays which deserve a second life. “We regard our separation plant as an important next step in the transition of separating waste, whereby the quality of separated waste is important and not the quantity. As a waste and energy company we want to contribute to this” according to Yves Luca , CEO of AVR. In the Netherlands we have two systems for separating waste, which both are still being developed: source separation and subsequent separation. Municipalities decide which method of separating waste suits them best. Subsequent separation has a great potential in cities as an alternative to source separation. By offering subsequent separation AVR can respond even better to the demand of municipalities and contribute to recycling plastics. The separated plastics serve as a raw material, for example for new consumer goods, car components, building materials and toys.

Municipalities of The Hague and Utrecht are ready to start

AVR will separate plastics and drinks cartons from the residual waste of the municipalities of The Hague and Utrecht from mid-2018. It will do this within the current contracts. “For The Hague this is a great opportunity to increase the percentage of separated waste, because less waste will have to be incinerate waste” according to alderman Revis of The Hague.

The Utrecht alderman Kees Geldof states: “We in Utrecht prefer source separation, whereby we collect plastics, cans and cartons at households with wheelie bins. There are neighbourhoods where this is not possible for practical reasons. In Utrecht a test will be carried out with subsequent separation: this is a chance to investigate whether we can the substantially increase the waste separation percentage of these neighbourhoods. Nonetheless, we also have underground containers for plastics, metal packages and drinks cartons in Utrecht neighbourhoods.”

The Packaging Waste Fund considers subsequent separation of plastic packages to be a valuable development. “You can let the plant sort selectively, for example according to foil, hard plastics or non-deformable materials with a cap. In this way you can be sure that you recover all valuable materials from the waste stream”, according to Cees de Mol van Otterloo, managing director of the Packaging Waste Fund. Because the separation plant only separates plastic packages and drinks cartons, it is and remains very important that the consumer continues to separate glass and paper at home. The Packaging Waste Fund and AVR also drew up an innovation agenda, with the aim to make finer and stronger plastics from recycled plastics.