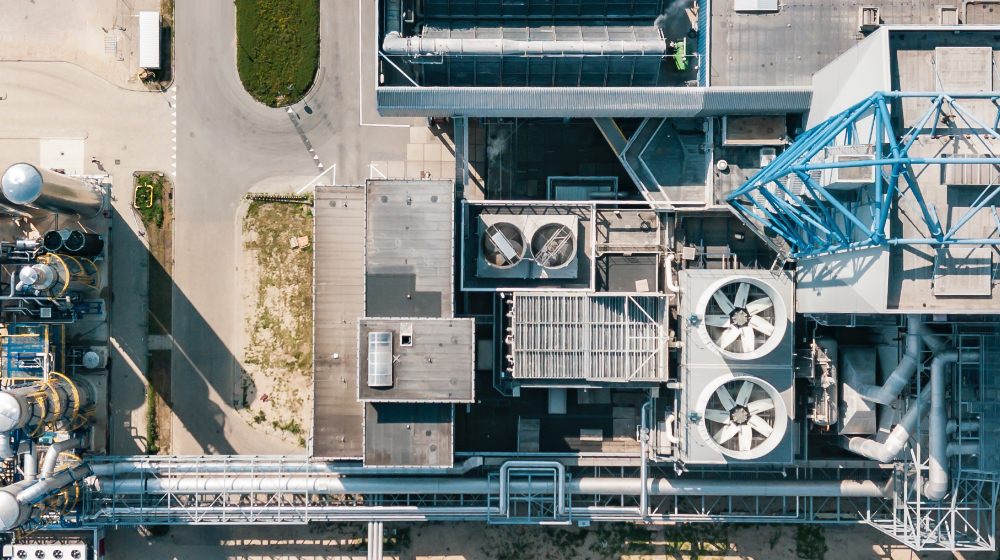 The thermal conversion plant processes paper fibres that can no longer be recycled to make new paper. The result is heat, electricity and TopCrete® – a patented calcareous (chalky) product that is used as a cement substitute.

The TCI comprises a so-called fluidized bed incinerator into which air is injected so the paper residue burns. The flue gas heat that is released is converted into steam with which we heat the water for the district heat network and generate electricity using a steam turbine and generator. The remaining flue gases are filtered using a bag filter and catalytic converter. The ultimate end product is TopCrete® which is used as a raw material in the cement industry.

This incineration process causes various gases and ash to be released that must not be allowed to leave the chimney as emissions. As a large portion of the gases is neutralised by the composition of the ash formed by the incineration, we only collect the nitrogen (NOx) using a downstream catalytic converter in order to ensure the emissions comply with the most stringent European standards. 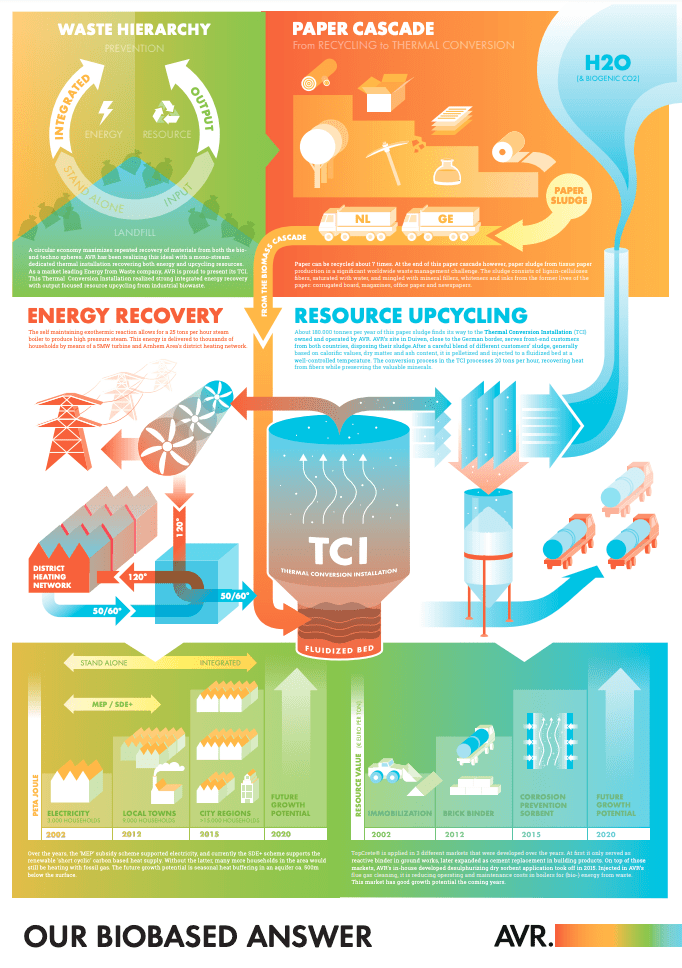